The main components of the project will include subsea and underground cables together with new converter stations in both the UK and France. 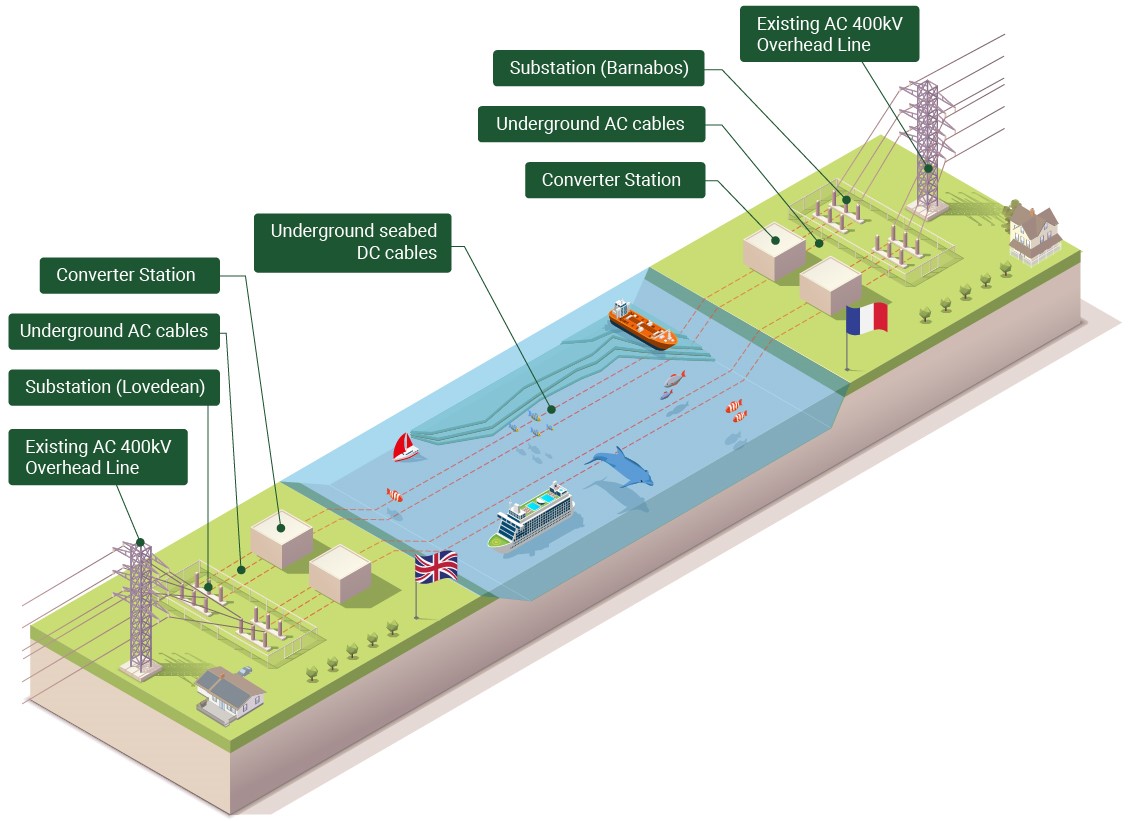 The subsea cable route will run from Eastney in the UK to Normandie in France.

Converter stations are required in both the UK and France to convert electricity from Direct Current (DC) to Alternating Current (AC).

AC is used in the UK’s and France’s electricity grids, while DC is used for sending electricity along the high-voltage subsea and underground cables because it is more efficient to transmit electricity as DC over large distances.

Provide us with your feedback

Oops! We could not locate your form.