The offshore element of AQUIND Interconnector will comprise four high-voltage subsea cables spanning the English Channel between Portsmouth in the UK and Normandie in France.

The four high-voltage direct current subsea cables that comprise the offshore element of AQUIND Interconnector will cover the distance of approximately 190km between Eastney, near Portsmouth, and Normandie in France. The electric cables will be laid together with fiber-optic data transmission cables of a much smaller diameter.

The landing point is the point at which the subsea cables reach land, with subsequent connection to the respective converter stations being made via underground cables.

In the UK, the proposed landing point is at Eastney, near Portsmouth. On the French side, the interconnector’s landing point will be at Normandie.

The chosen landfall locations on both sides of the Channel have been shortlisted through an extensive optioneering process. This included detailed consideration of engineering and environmental issues, with particular consideration being given to environmental characteristics of the area including Special Protection Areas (SPA) and Special Areas of Conservation (SAC).

Eastney was chosen as the preferred option, partly due to its relative proximity to the existing substation at Lovedean. Minimising the length of the underground cable route will significantly reduce the environmental impact and the disruption associated with its installation. 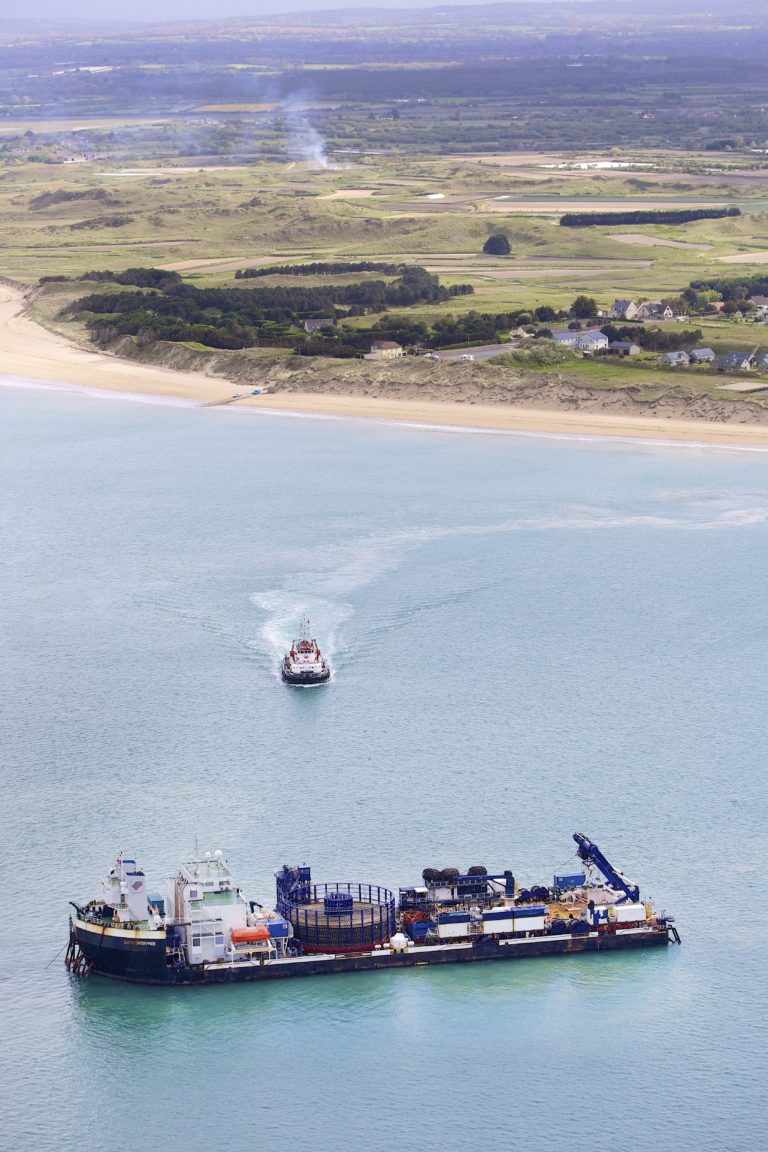